If the number of high end meat shops in your neighborhood is an indication of changing tastes and socio-economic affluence, then Spring Garden Lane is a reflection of what residents and visitors to Lee Tung Avenue have become.

A new meat shop quite obviously and fittingly called “The Meat Shop” has opened along the busy thoroughfare. 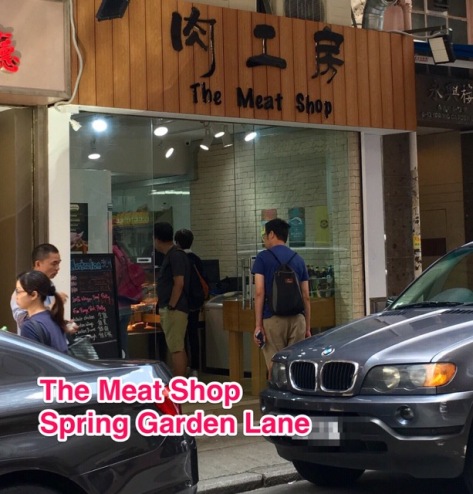 I popped my head in to see what they had on the shelves.

In the freezer on the left of the entrance, beef patties, T bone steaks, ossobucco, lamb racks, iberico pork. All prices for frozen food seemed reasonable.

And then some premium sausages from the UK, frozen tuna sashimi, quite inexpensive frozen chickens. 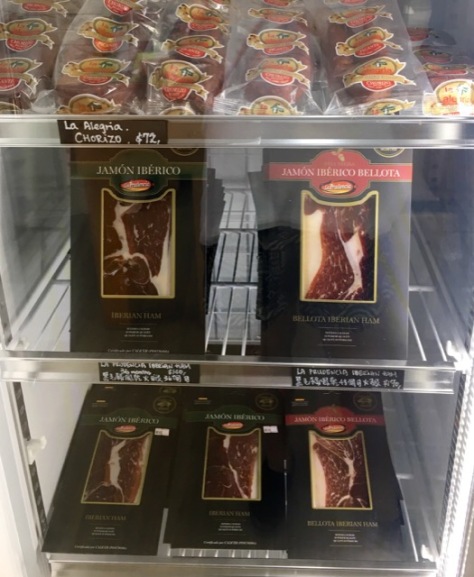 In the cool fridge beside the freezer, processed meats such as chorizo and wafer thin slices of iberico pork.. Ready to be tossed into a salad, rolled in the a rock melon or draped on a home made pizza.

Then there’s the main display counter featuring the better cuts of chilled imported beef and lamb. 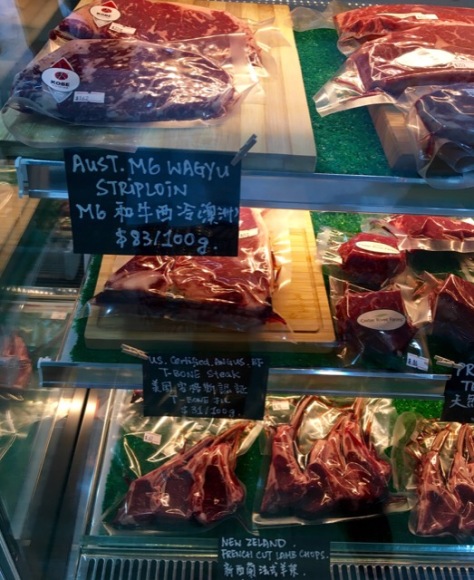 It’s interesting that they had an Australian M6 Wagyu striploin, it looked quite nicely marbled though I think not as evenly as the Japanese versions.

Another deep freezer to the right of the counter had more frozen chickens and assorted meats, mostly to replenish the display when it runs out.

The guys running the shop seemed young but enthusiastic, they didn’t seem to speak much English though and if that’s a requirement for you, you’re better off going to Derek’s Foodies Gourmet. But if you’re right there and know what you need, I’m sure active finger pointing will get the job done.

Here’s their phone number and address.

Another meat and seafood shop is One Stop Food Supply along Ship Street. Owner Ben will cut, recommend a recipe and cook your meat sous vide for you upon request. Check out their meats and seafood at their Facebook page.

Digging beneath the dirt… To find the good and the gritty