The ramen shop that we used to frequent on Amoy Street changed hands about a year and a half ago. The fat japanese chef with the cheerful smile was replaced by three not so fat local chefs who barely acknowledged any of the customers behind those thick vapour clouds of steaming broth. We went back once after a long while, the food was decent but the service unremarkable.

On my walk along Tai Wong East Street last week, I was noting all the new coffee shops that have sprouted up.. the hipster lifestyle choices are now increasing after the launch of BakeHouse (fantastic breads but the pretzel is best in HK). I suddenly see a new lantern hanging and saw that it was a ramen shop. Curious, I stopped to check out the menu.

“Hello, long time no see” (said in Cantonese), it was the waitress I knew in the previous ramen shop. She still wore her glasses but not as heavily rimmed. 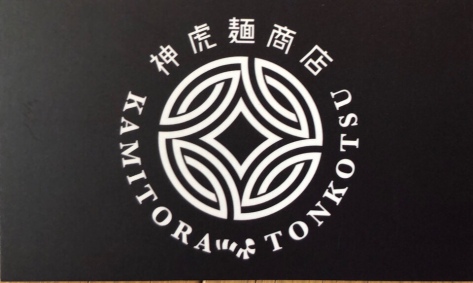 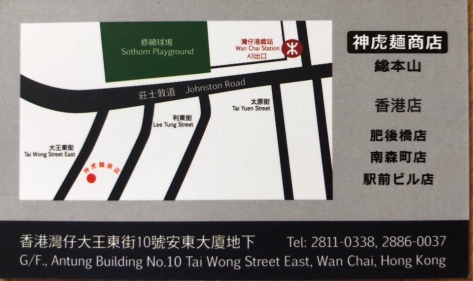 She said that their previous shop had been sold and now they opened this one on their own. I told her I’d come back to try it and that’s exactly what we did last Sunday.

Now, there’s no longer the order chit where you get to customise your noodle thickness or toppings. But you still help yourself to iced lemon water and the condiments like chilli powder at the table. The chilli beansprouts are now a side serving that you’ll have to order.

The bowls are tall and narrow based, I thought that the portions were a bit smaller than before but this didn’t really bother us. The slice of pork was decent sized and tender. Two pork meatballs replace the other slice of pork. I wasn’t a huge fan of the meatballs… a little small and gristly for me. Just help yourself to ice lemon water in jugs on the table (how very japanese) or order a soda from the fridge.

The wordings on the wet wipes are the most hilarious… see what I mean.

There’s ample space in the restaurant (open kitchen), but it’s mostly 2 person or bar seating. There’s only one area where they can 6 people as a group so this isn’t really a big group out sorta place. We brought our stroller and it was fine. Plenty of space for it during non-rush hour. 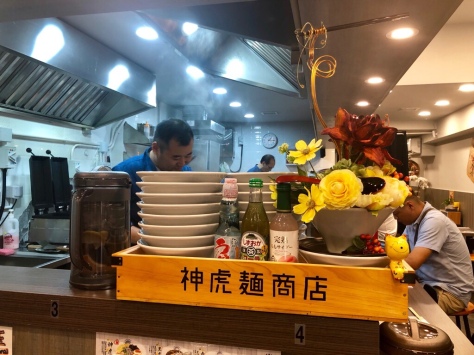 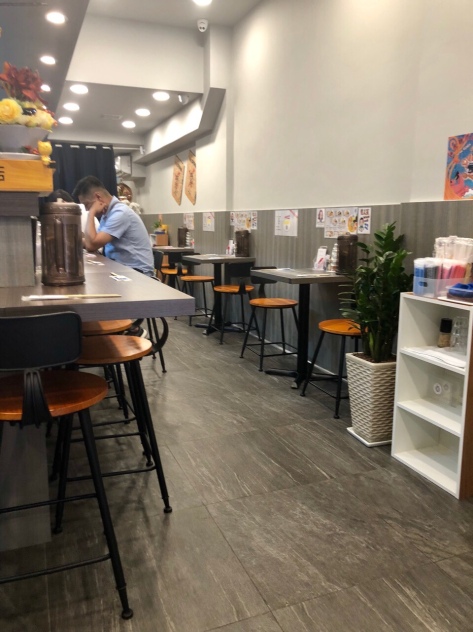 Overall it’s not bad and as I quite dislike having to queue for anything, this place is worth checking out. Look out for the red lantern as you cruise down Tai Wong East Street.

This blackboard with opening hours was placed indoors (yes, facing IN) when I went to eat there. I suggested to the chef that he place it outside so that clients could see when they are open or shut.

Digging beneath the dirt… To find the good and the gritty